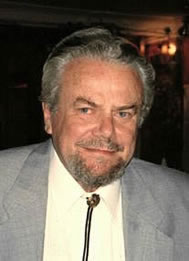 School in Stratford on Avon, living away from home, the 1939-45 war  each of these elements were key components in my early years, which also included singing competitions at music festivals as a boy soprano.

Later, in common with so many fifth and sixth formers, my target was military service but age barred enlistment until 1946. For a time a new rush took over as I joined basic training in Le Marchant Barracks Devises, the home of the Wiltshire Regiment. After transferring to the Royal Electrical and Mechanical Engineers - Arborfield - I worked on Radar equipment - Newcastle on Tyne - until selected for Officer training with 164 Infantry OCTU at Eaton Hall, Chester. In January 1948 I received a commission as a second lieutenant over the signature of King George the Sixth.

Few who have not been through the military machine have much idea of a young officer's life. My first years consisted of course after course in subjects ranging from logistics to law, in locations all over the U.K. It was a demanding schedule, so when orders arrived in early 1949 to go to the Far East I was eager to embark on my first overseas tour of duty. New interest was generated by what was happening in that large part of the World recently vacated by the Imperial Japanese Army. The United Nations joined in a War in North Korea whose forces were assisted by hundreds of thousands of Chinese. In SE Asia insurrections were erupting in the territories previously controlled by Dutch, French and British governments ... it was a daunting but exciting scenario. There I stood, on the deck of a troopship, twenty years old, nominally in charge of a draft whose hammocks were below, all of us following the flying fish to one or other of the Eastern wars. Things went well and I was promoted to Captain three weeks before my 21st birthday. Landing at Jardine Steps, Collyer Quay, in Singapore, made a lasting impression and a measure of that tremendous impact may be that much of my working life has been in the Orient and fifty years later, as a family, we keep going back.

In 1952 Mai and I married in England and a few years later went on a three year tour of duty to Germany where our daughter Gaile was born.

I attained my Majority in 1962 and, in 1968, left the Army. With twenty-five years still ahead before reaching pensionable age there was time to have an interesting second career. I joined the UK NHS but our sights stayed on the East. The Health Service provided an interesting challenge in civilian life. Army management training proved invaluable and repeated promotions brought adequate personal income but there were frustrating limitations to the official budget, making improvements in the hospital service impossible to implement. Sidelines like participating in Government sponsored films and extensive UK travel provided some diversion but job satisfaction was lacking in many respects.

There was consequently little delay in accepting when, in 1979, a "headhunter" offered me an extremely attractive post for a minimum of three years in the Far East. Mai's studio at home in Caversham Heights was established, but with few misgivings she agreed that we should sell our house and go to live in another, on the jungle clad banks of the Brunei river. 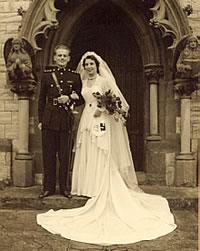